“Unlike all the other art forms, film is able to seize and render the passage of time, to stop it, almost to possess it in infinity. I’d say that film is the sculpting of time.”

At the end of the day, a film is a commodity, and our vital relationships with distributors ensure our product reaches a global audience.  By integrating commercial elements indicative of multiple genres, LNLP positions itself to execute a slate of thrillingly complex and diverse films across varying budget echelons. 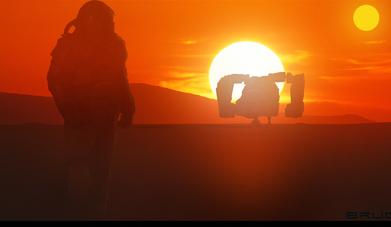 The concept behind LNLP is simple: STORY RULES ALL. Flashy stars and gratuitous budgets provide little solace for productions suffering
from foundations of underdeveloped content. Our stories focus on unique characters whose dynamic personalities and dramatic journeys of self-exploration captivate audiences on a global level. By putting ordinary people in often extraordinary circumstances, our films, while predicated in fiction, elicit visceral, thought-provoking feelings designed to leave the average theater goer with something more tangible than a couple rogue popcorn kernels.

"A film is - or should be - more like music than like fiction. It should be a progression of moods and feelings. The theme, what's behind the emotion, the meaning, all that comes later."